Football, being the most popular sport in the world, often merits attention from various officials. Most countries have competing clubs, though not all of them have both men’s and women’s teams. Men’s football is arguably more popular than women’s, although the latter has been getting more and more attention lately. Compared to men’s football, women’s is not as popular, and therefore, not many women’s leagues exist throughout the world, especially not in specific parts, like Africa. Some countries have women’s leagues, South Africa being one of them.

Everything has a beginning and in South Africa, for women’s football, that was in the 1960s. 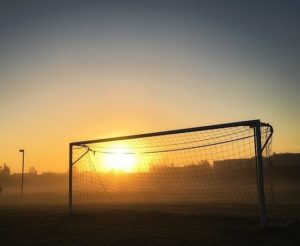 Women’s football became increasingly popular during the Apartheid. The driving force behind that was interest, especially on the women’s side. They loved football as much as men did. Two of the most famous and oldest women’s clubs in South Africa are the Orlando Pirates and the Mother City Girls. These two clubs, despite the obvious lack of a women’s football league at the time, continued to get new members and inspire women for years to come, until the 90s came.

The 90s were a special time for women’s football in South Africa. During this decade, the national women’s team was formed, in 1993. It is nicknamed Banyana Banyana, meaning, the Girls. Their first international match was a staggering 14-0 victory against Swaziland, also taking place in 1993. Following that, the national squad made only 3 appearances outside the Africa Women Cup of Nations, twice at the Olympics, in 2012 and 2016, and once at the FIFA Women’s World Cup, in 2019.

During the 90s, however, a national women’s football league was founded, the Sanlam National Women’s Football League, with hopes of improving women’s football. The league was believed to have been canceled, due to no matches being played in the 2000s.

Following the successful qualifications of the women’s national team to the Olympics and their relatively quick defeats at the very same Olympics in 2012, the question of a national league was raised once more. In 2012, following a defeat at the Olympics, a national league was supposed to have been formed, yet it has yet to come. A league called the SAFA Sasol Women’s League exists, yet its primary purpose is to let the Banyana Banyana national team find new talent and recruits for the national football team. A women’s league is still in the works. The upcoming years should pave the way to a National Women’s Football League.

Women’s football in South Africa has had its ups and downs. From the 1960s to their rise in the 90s, another fall in the 2000s, and another rise in the 2010s. From 2021 and onwards, they are hoping to create a National Women’s Football League, to find a home for its many clubs.